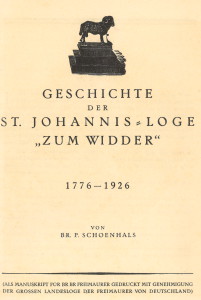 Soon after the constitution of our great Provincial Lodge of the Freemasons of Germany in 1770, a lively foundation of John’s lodges began. Among other things, in 1776, Br. Anton Thomas Palmié, then 1. Overseer of the Lodge “Pégase”, donated at the 01.09.1771 in Berlin, the decision to build a new St. John’s Lodge. The co-founders came from the Johannis “Pégase” Berlin, “permanence”, Berlin, “The Golden Ship”, Berlin, and “Golden Keys”, Berlin. The lodge was built by the then-Provincial Grand Master Br. Ernst Ludwig II, reigning Duke of Saxe Gotha and Altenburg, was appointed in 1776. The lodge worked until 1780 in the Corsicaschen House by the water in Berlin, then in the Inn to the city of Paris in the brothers Street in Berlin, from 1791 in the House of the Grand Lodge in the Oranienburer Straße 72 in Berlin and this until the year until 1935, when the lodge declared itself dormant. The founder of our lodge led the hammer for 35 years until the year 1811. His successor was his son Johann Michael Palmié. 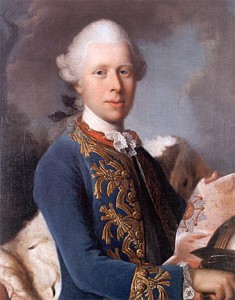